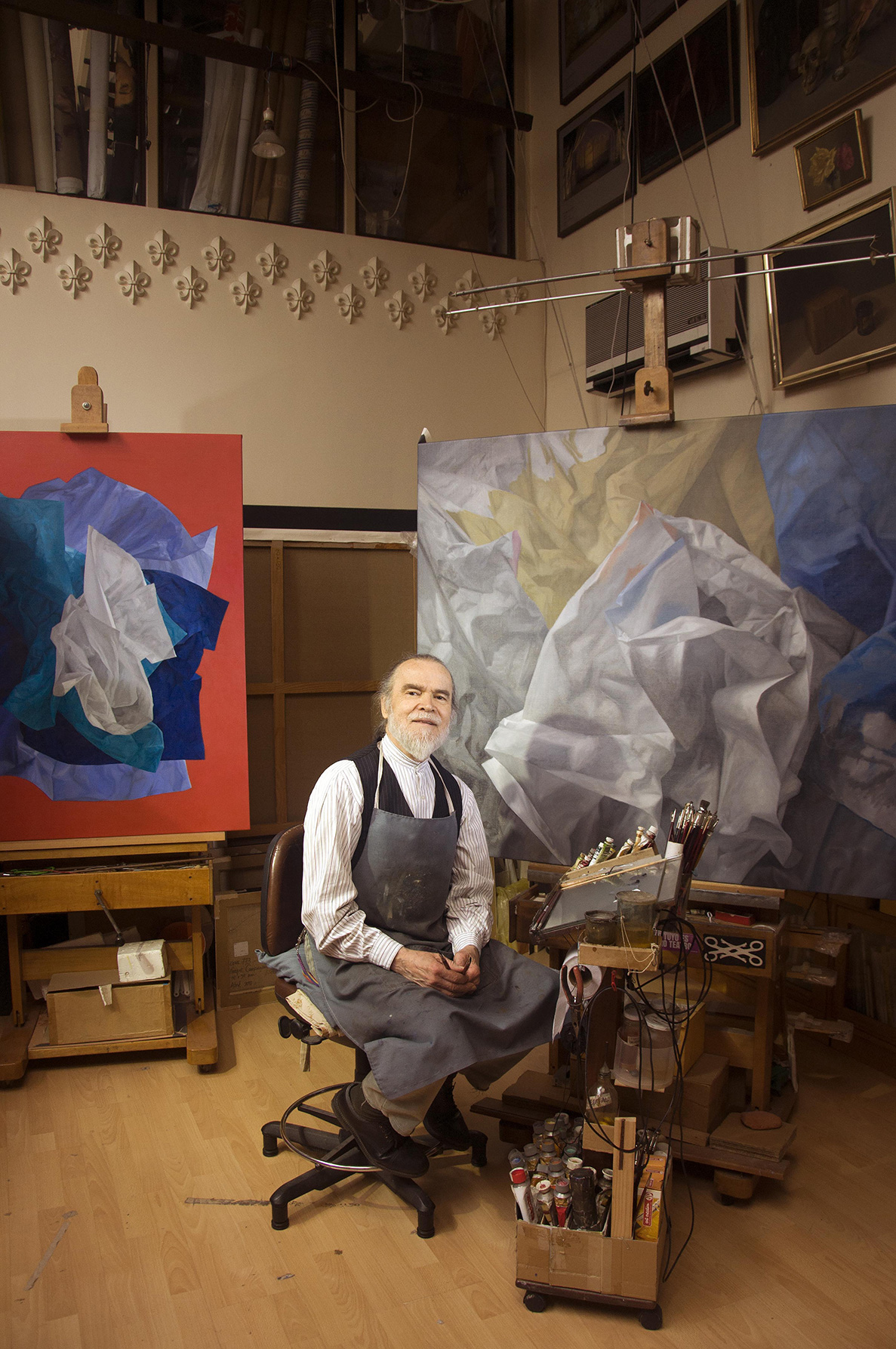 Education was given to me in a school belonging to the Salesian Order, where they frightened me with stories of sin and hell. Despite the former, my childhood was tremendously happy thanks to my parents’love.

At school, we had a daily compulsory Mass, which included Confession and Communion. The fantasy of the Sacred Scriptures, accompanied by the pomp and circumstance, made me feel trascendent; therefore, I never missed the opportuniny to participate -the clorser the better- in those sessions of mistic extasis. Convered by the smell of incense, sorrounded by the golden brilliancy of the priest’s copes, mitres and chasubles, I allowed myself to be submerged in the thundering soud of armony that compited with the litany coming from the laity.

Outside the chape the world was pretty different, almost the opposite.Soon I realised that human relations were violent and cruel. Inquisitive bay nature, I asked aevrything to everyone I met, and I found out that those who were around me were not only phisically fragile but fragile also in their convictions.

Their transitory truths have marched before me during my entire life.

Being the misfortune of many and the fortune of only a few, making me thus unbeliever of what I can not see and fearful of promises I used to hear.

Looking for evidences of a Divinity such as to make amends with such a vile existence as this is, I discovered the world of art and its different expressions. Behind each piece of art I stumbled with dissentchanted people willing to draw aprt from the line of the horizon: I felt I was part of then and that I was saved.

I submerged myself in the History of Art.I was able to understand the fear of my colleagues in the Altamira Cave (place I had the oportunity to visit thanks to my namesake Cantabrian cousin) who exorcised the beast through desing, inventing all sorts of gods to feel themselves protected, creating spells in entchantig cremonies because of their lack of understanding of the surrounding environment.

I found the mistery that was most similar to my mistic experiences from childhood. It was Drama.

I left Iquique, my hometown, because Santiago concentrates most of the cultural scene of Chile. I arrived in the capital city in 1970 and my aim was to study play-directing. Unfortunately, it was not possible because the political efferverscence of that time had convultioned the intelectual scene. Finally, in 1973, terror took place.

As I had a stable job I could concentrate in studies related to sceneny, but the more I insisted on studying drama, the closer I was to painting, activity taht finally caught me.

I am convinced that since the dramatic and knocking impact produced by Dadaism the sun has not seen anything new. And I am convinced, too, that Modern Art is Becoming suspicious. Therefore I choose the traditional way of painting with easel as well as the challenge that it implies: To develop a technique previously taken to its heighest level by the Dutch masters.

I feel ashamed when I see the propaganda-like use that some artists make of their creations. I respect them, but my path does not find obstacles formed by the purpose of salvation of lost paradises, for I do not believe in them.

I grasp myself to Free Will, a fact that has neither been easy nor cheap for me. I paint different combinations of forms, textures, armonies of light and colour where the human being is the protagonist. And I try to create spaces full of peace and quietness in my atelier.

Ladislav Cheney, an Austro-Hungarian, taught me the technique of oil colours, and the respect for this kind of work, as well as the gratefulness to God, whoever He may be, whatever He may look like, for that state of grace confered upon those belonging to this caste.

And later on Ivan Nagy, another magyar, made my theatrical dreams come true.

My painting is realistic, neither “hiper” nor “magic”. I have not been tempted bay the easy way of copying photos, I look for my models and I draw and paint while being observed by the dead and living masters that pass by my atelier. My painting flows on its own course waiting for the Final Judgement.